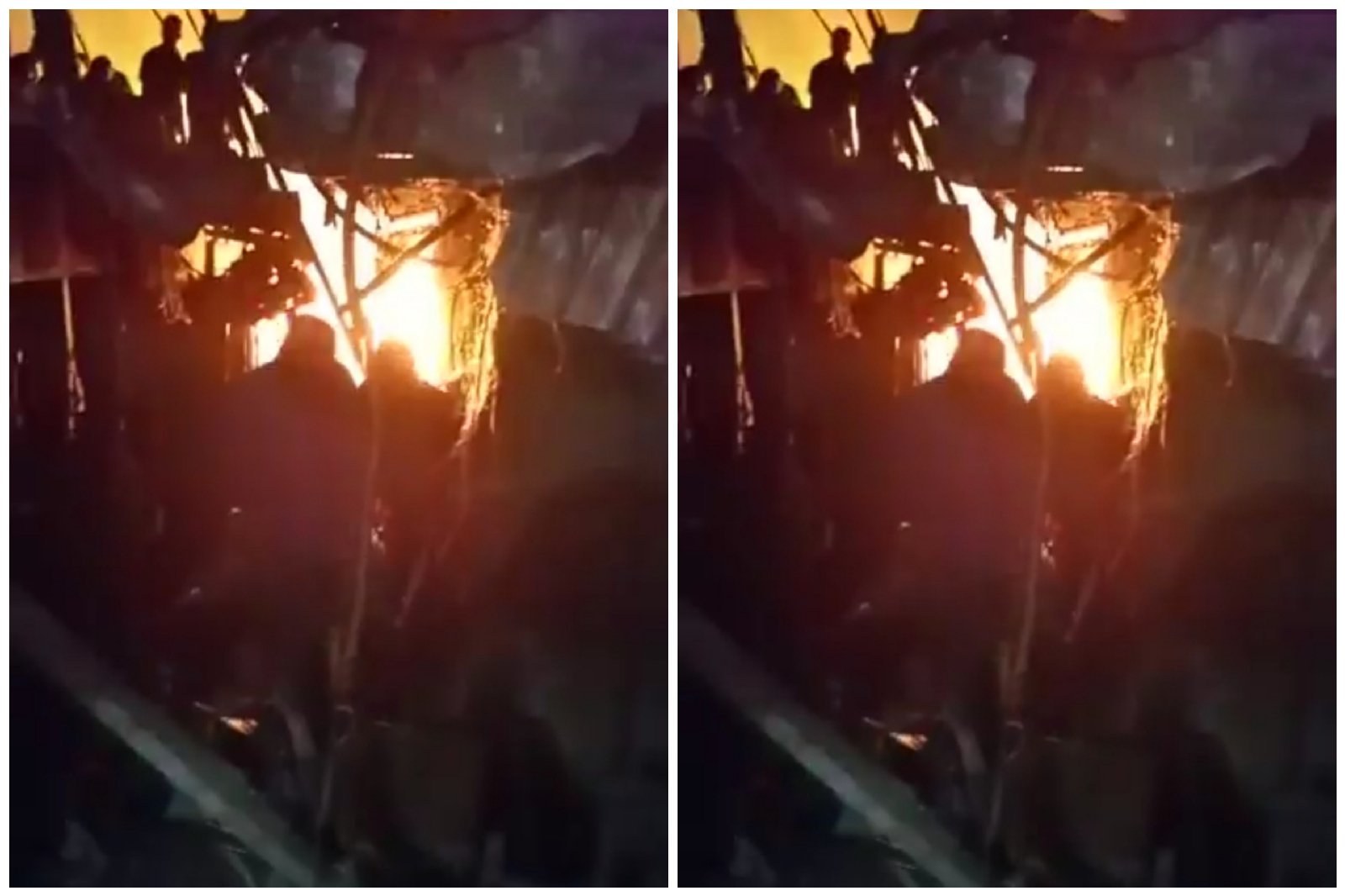 According to information, the source of the fire hasn’t been ascertained at the time of filing the report. According to a source, the fire has razed down many people’s shops and goods.
In the trending video, residents who live close to the market were seen breaking sticks to use it to put out the fire.
(adsbygoogle = window.adsbygoogle || []).push({});
A source tells Kossyderrickent:
“Nkwen market in Bamenda, Northwest region of Cameroon is in fire.
The fire has already extended to other stores, destroying people’s businesses, what caused the fire no one knows. Fire fighters have already arrived at the scene.”
Video below:

#Cameroon
A fire incident has been reported at the Nkwen market in #Bamenda, North West Region.

Locals have turned out in their numbers to put out the flames, as emergency services are yet to arrive the scene.