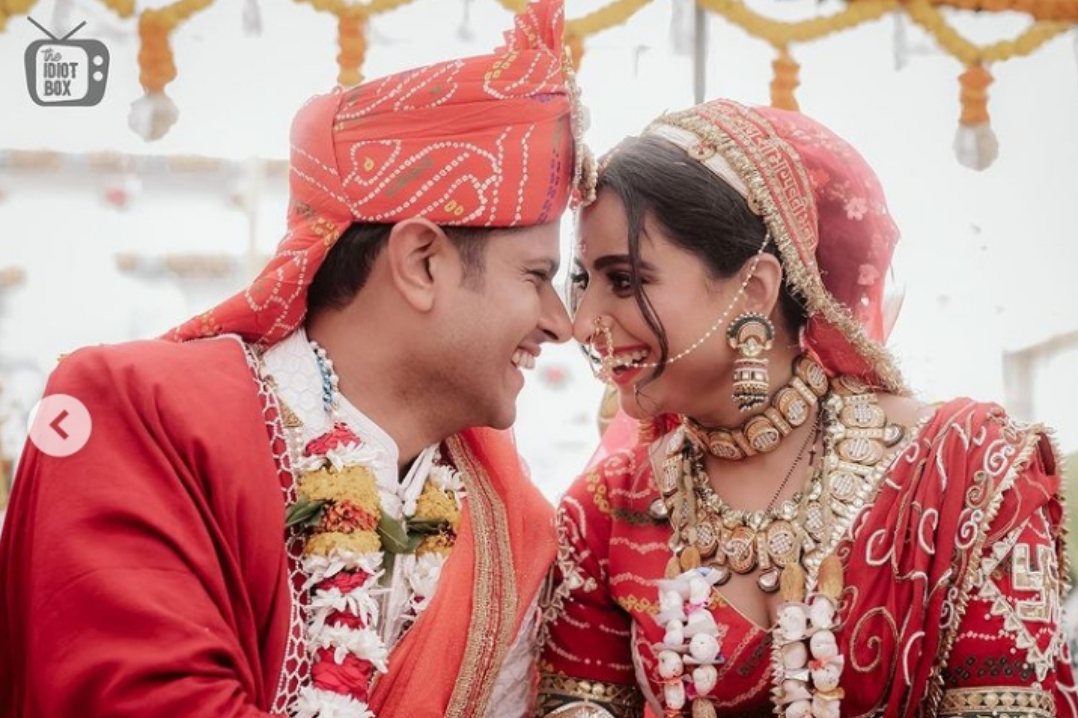 Recall that last year, they announced they were husband and wife, but couldn’t do the proper Hindu wedding.
According to information, Neil Bhatt and Aishwarya Sharma Bhatt, held a flamboyant Hindu wedding, which officially made them “real husband and wife”, yesterday.
Neil Bhatt and Aishwarya Sharma Bhatt are co-stars in a TV series, Ghum Hai Kisikey Pyaar Meiin, which gets shown on Starplus from Monday to Saturday.
(adsbygoogle = window.adsbygoogle || []).push({});
Neil Bhatt wrote:
“From 1 to 2
From “ME” to “WE”
From “YOURS” and “MINE” to “OURS”
We achieved TOGETHERNESS
Photos- @idiotboxpictures
Make up- @dilip2021958 (Aishwarya)
Hair- @sudhazaveri (Aishwarya)
“neilkiaish !!
Celebrations, furore and love blossoming
@idiotboxpictures
@dilip2021958
@sudhazaveri.”
Videos below: